A Food Tour Of The Strangest Christmas Dishes Around The World

The Christmas season has traditionally been a time to eat, drink, and be merry. It’s a time for togetherness, celebration, and peculiar holiday traditions!

A traditional holiday celebration looks very different in different places around the world. Today, people around the globe enjoy a range of tasty traditions over the holiday season.

From China’s ‘peace apples’ to England’s spotted dick, here are some of the more intriguing examples.

The name of this delicious dish translates to old man’s mix. As is common in Scandinavia, it’s a seafood-heavy concoction, a salad mainly consisting of anchovies and eggs.

Other fish can be substituted and methods of preparation will differ. Pickled herring is especially popular, but there are two times at which this meal is traditionally enjoyed in Sweden: Christmas and midsummer.

In China, Christmas isn’t a widely celebrated festival. After all, it’s a Christian holiday. Nevertheless, recent years have seen a slow but steady rise in the popularity of the holiday in China.

One wholesome new tradition that has emerged as a result is the giving of ‘peace apples,’ which tends to take place on Christmas Eve.  While apples aren’t the most exotic or intriguing of fruits, these elaborate iterations are carefully carved with intricate patterns and gifted to friends or family wrapped like a Christmas gift.

While these apples aren’t technically intended as part of a meal, they constitute one of the most touching and fascinating traditions associated with the holiday. As a small present to express affection, it certainly beats the exchange of creepy Victorian era Christmas cards.

READ ALSO: How to Prepare Chicken and Cheese Salad in less than 25 mins

The United Kingdom certainly has a fondness for unique desserts. Eton mess, for instance, is an iconic concoction of berries, meringue, and cream, seemingly thrown together haphazardly (hence the name) but remaining entirely delicious.

Spotted dick, similarly, doesn’t sound like the most appetizing dessert, but it’s a real staple.

Again, this dish will vary a bit from place to place, home to home, and family to family. But essentially, it’s a steamed pudding usually containing fruit peel and currants served warm with custard. Christmas pudding is often the crowning British touch that makes a Christmas feast. 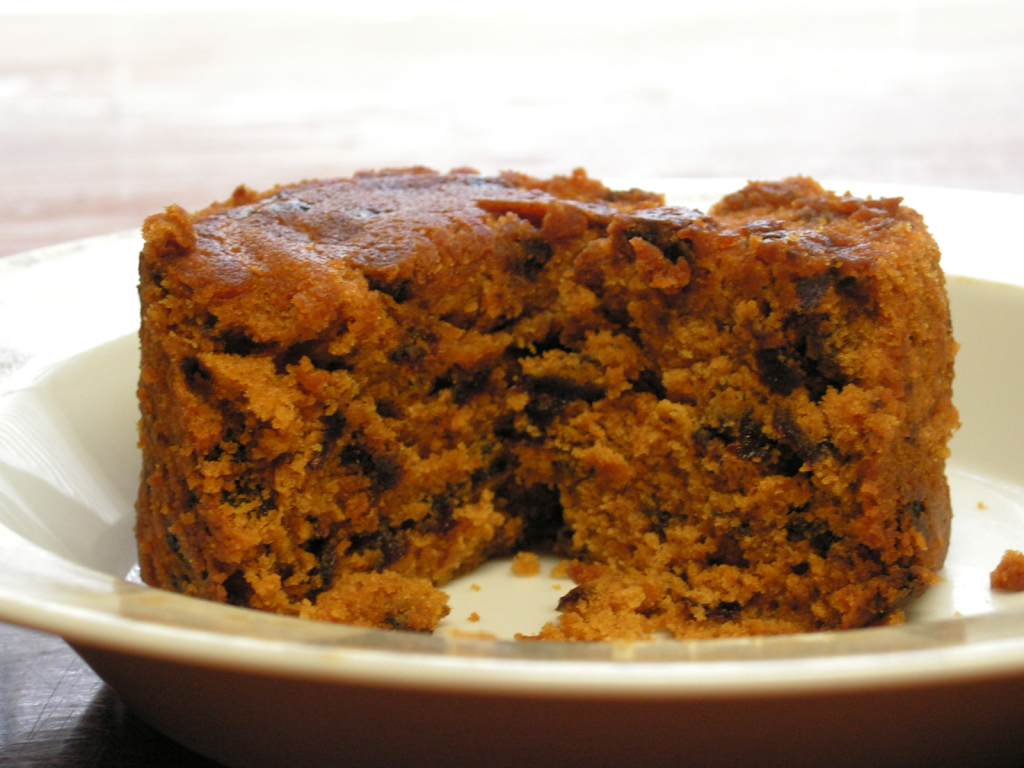 As in China, much of Japan’s population doesn’t celebrate Christmas. Many of those who do, however, have adopted a very surprising traditional food. While celebrants in China exchange healthy apples, those in Japan, instead, turn to the colonel for their culinary needs!

Incredible as it may sound, it all began in 1974. The first KFC restaurant in Japan had opened just a few years earlier, but that year, the promotional slogan Kurisumasu ni wa kentakkii! (Kentucky for Christmas) was introduced. Fans in Japan took the words to heart.

Decades later, Christmas Eve is the chain’s busiest day of the year in the country, where Christmas meals are sometimes served with champagne! Some patrons even book weeks or even months ahead to avoid the fear of missing out on this holiday staple.

Another seafood dish, known as kulebyaka, is a Russian staple of the holidays. It’s a puff pastry salmon pie that has been eaten in the country for centuries.

Before the revolution, Russian Orthodox believers didn’t eat meat on certain days. In its place, this tasty substitute was, and still is, enjoyed instead.

Kulebyaka is a warming and varied meal, consisting of mushrooms, onions, and other ingredients that may be difficult to come by during the biting Russian Winters.

Back in Scandinavia now, here’s another Yule delicacy. In some parts of Norway, smalahove is just as common a savory Christmas treat as turkey and vegetables. What is it? A smoked and dried lamb’s head, incredibly!

This little treat requires quite a bit of preparation, often boiling for three hours or so prior to eating. Sometimes, as a special treat, the brain itself is prepared and eaten directly from the head!

Lampreys are large, majestic, often blood-sucking fish. Could there be a better inspiration for a delicious and sugary holiday dessert? Apparently not.

The lamprey has long been popular in Portuguese cuisine, serving as a beloved ingredient in soups and stews. Interestingly, though, a Christmas tradition has developed in the country in which cake makers create delectable-yet-frightening-looking dessert effigies of them!

A lampreia de ovos, as such cakes are known, tend to be constructed from grated almonds and sugar strands, complete with candy eyes and almond teeth!

The final stop on this curious holiday food tour is in South Africa, where Mojave worms are traditional eaten on Christmas Day.

Despite the name, these worms are actually the caterpillars of the Emperor Moth. They contain tremendous amounts of protein and are collected and stored to be enjoyed over the winter.

On Christmas Day in particular, however, they are fried and thoroughly enjoyed as a traditional part of the holiday. Some say they taste like tea!

OTJIZE: Meet The Red People of Africa – The Himba

5 Simple Make-Up Tips To Help You Through Harmattan