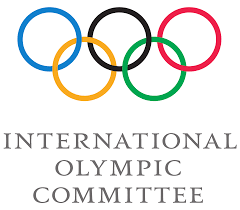 International Olympic Committee (IOC) has announced Brisbane in Australia as the country to host the 2032 Olympics.

Announcing this on Wednesday, July 21, 2021, is the IOC president, Thomas Bach, who confirmed Brisbane as the country to host the Olympics in year 2032 after a vote at the IOC session in Tokyo.

“The International Olympic Committee has the honour to announce that the Games of the 35th Olympiad are awarded to Brisbane, Australia,” Bach said.

Brisbane will become the third Australian city to host the Summer Games after Melbourne (hosted in 1956) and Sydney (in 2000).

“We know what it takes to deliver a successful Games in Australia,” Prime Minister Scott Morrison told International Olympic Committee voters in an 11-minute live video link from his office.”

He added: “It’s a historic day not just for Brisbane and Queensland, but for the entire country.

“Only global cities can secure the Olympic Games, so this is fitting recognition for Brisbane’s standing across our region and the world.”

Brisbane follows 2028 host Los Angeles in getting 11 years to prepare for hosting the Games. Paris will host in 2024.

Obi Cubana Reveals How He Made His First Million

“Funke Is My Ride Till The End, We Can Never Fight”, Eniola Badmus Breaks Silence

“Funke Is My Ride Till The End, We Can Never Fight”, Eniola Badmus Breaks Silence